Heroes of Tenefyr: The Second Curse on Kickstarter 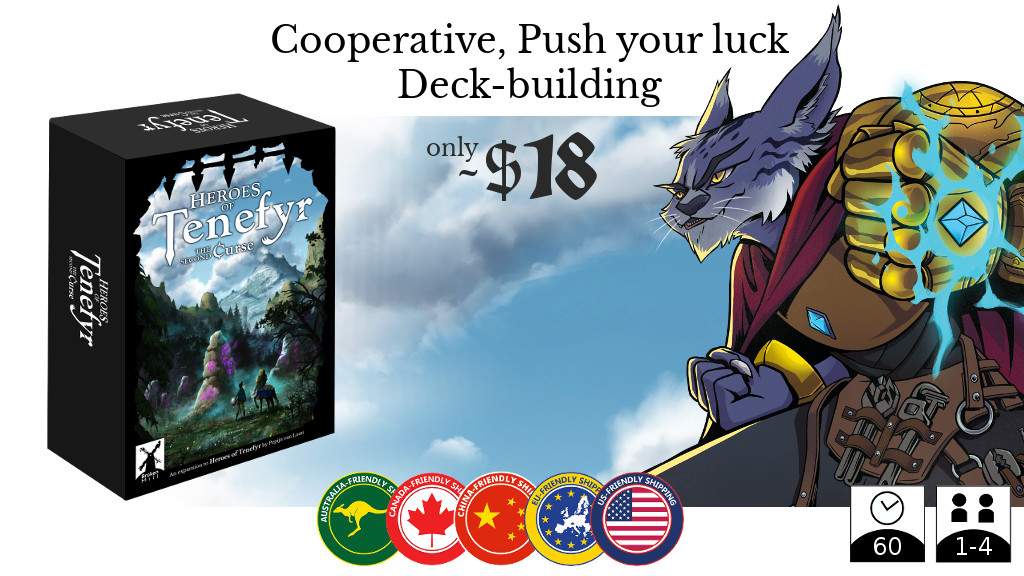 Heroes of Tenefyr is a cooperative, push your luck deck-building game for 1-4 players. Take on the role of one of the heroes and defend the village of Tenefyr from an oncoming evil threat. You only have a few days to prepare, so head into the dungeons and grab as much loot as you can.

Heroes of Tenefyr: The Second Curse, published by Broken Mill and designed by Pepijn van Loon is live on Kickstarter right now: https://www.kickstarter.com/projects/brokenmill/heroes-of-tenefyr-the-second-curse-expansion-and-reprint/