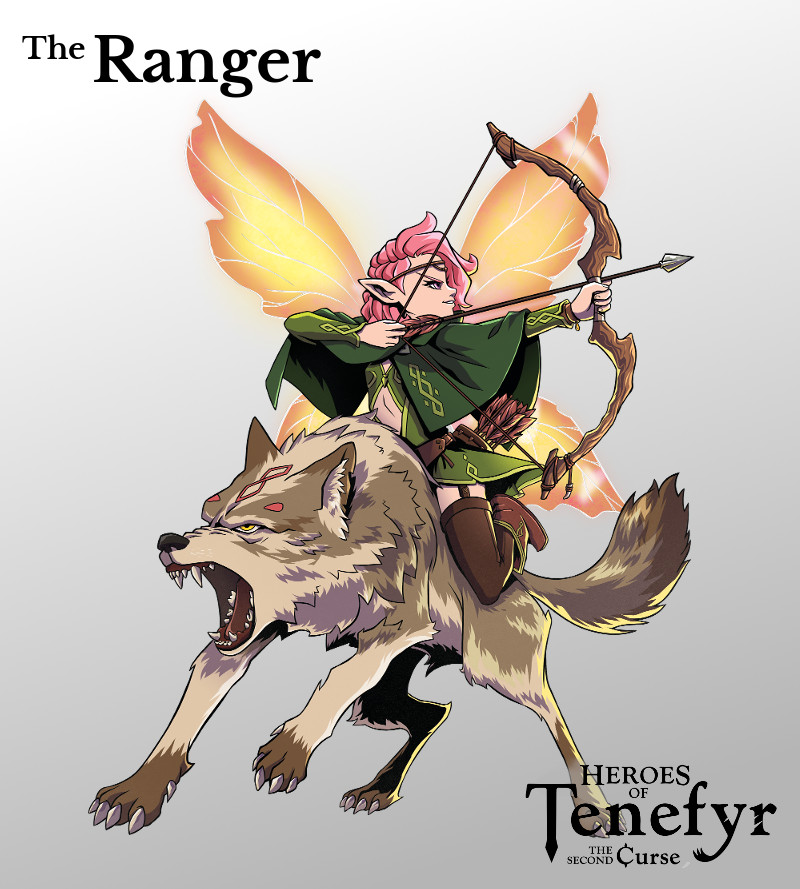 
If the Kickstarter campaign is fully funded in less than 48 hours, we unlock the Ranger for all backers.

The Ranger is one of the new heroes in Heroes of Tenefyr: The Second Curse. She's a young Fairy with a strong connection to animals, and her wolf companion in particular.

The Ranger fights alongside her wolf, and this is represented by the Wolf Deck, a set of mini cards. Whenever you play the Ranger Skill, the Wolf gets to take a turn, drawing 2 cards from the wolf deck. This works just like any other player's turn. The Wolf starts out with some cards with 0 or 1 power, and 1 special card that lets you upgrade the Wolf deck. You choose how you want to upgrade your wolf deck by adding cards to it, so you can train your wolf to focus on raw power, or to play a more supportive role.

I hope we'll unlock this stretch goal when Heroes of Tenefyr: The Second Curse launches on Kickstarter next week!