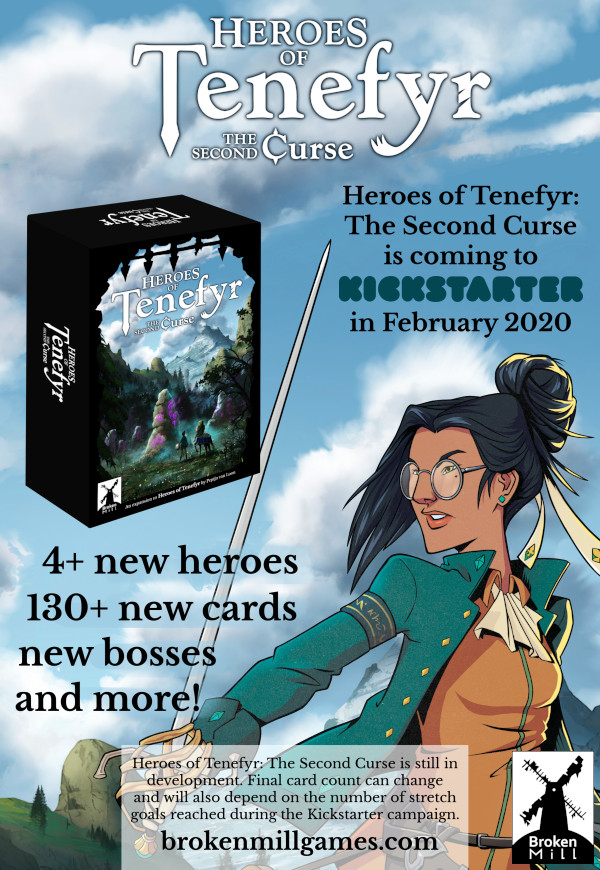 I'm excited to finally reveal the name and box art for the Heroes of Tenefyr expansion I've been working on!

Heroes of Tenefyr: The Second Curse is currently in development and will launch on Kickstarter in February 2020. I'll post regular updates in the months leading up to the Kickstarter to show off the new heroes, other cards and to share some stories about the development.