What's been happening since the Kickstarter funded?

Well, I've been doing a lot of administrative work. Surveys have been sent out to backers of the Hero, Twin, Founder and Merchant pledge levels. If you haven't received an email for the survey, check your spam, or log in to Kickstarter and go to "Backed Projects" > "View Pledge".

I've also been working on the stretch goals: Testing Quick Mode, the new rewards and the 2 new enemy cards to make sure they're all properly balanced. Here's an example of one of the new Reward cards. 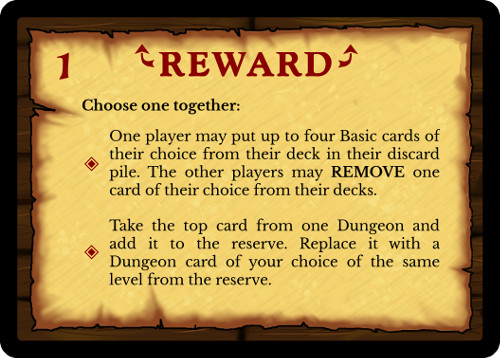 I also have a new design for the Basic cards. After going through all the comments and suggestions, it was clear that the faded background images, and the colored background inside the numbers were both very popular. Quite a few people suggested combining the two, and here's what I came up with:

The Hero Markings also went through another change. Now they're icons instead of letters in the top right corner of some cards. Here's an example for the Barbarian: 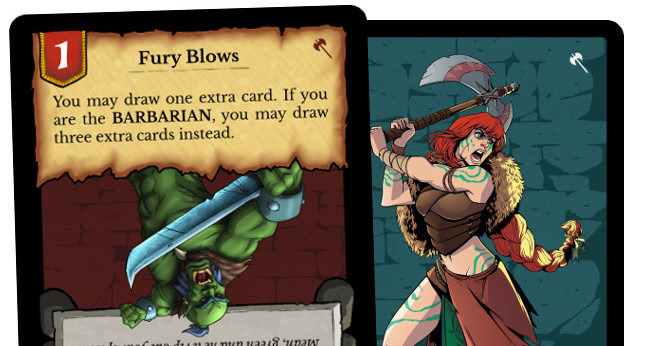 As a reminder: these Hero Icons don't really do anything in the game, but they make it easier to quickly find the cards in case you want to remove them before setting up the game.

Next, I'll start working on converting all the files for the printing process, updating the rulebook a bit, and redesigning the back of the box.

This weekend, I'll be at SpellenSpektakel (the largest Dutch board game convention) as a visitor, but I'll bring a prototype copy of Heroes of Tenefyr.

I'll post updates like this one every 2 or 3 weeks to keep you informed on the way things are progressing.