I'm going to take a closer look at some of my favorite cards in the game. This week: low level loot! 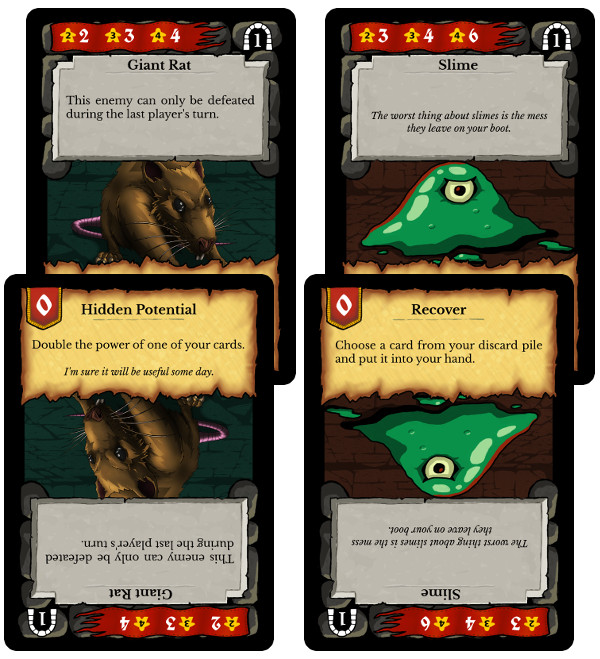 The Slime and Giant rat are 2 iconic fantasy enemies, usually encountered by new heroes, just starting out on their first quest. Heroes of Tenefyr is no exception: these two are weak and easily defeated. However, the loot gained from besting these beasties is quite interesting.

Hidden Potential and Recover are often obtained at the very beginning of the game and will likely remain in your deck till the end. I wanted to make sure that drawing these level 1 cards could still be useful, even when fighting a high level enemy near the end of the game. Hidden Potential doubles the power of one of your other cards, so it starts out weak, since you'll only have cards with 1 power, but it gradually increases in strength as you gather better cards. Recover lets you take a card from your discard pile and put it in your hand, so again, it gets more powerful as you aquire stronger cards.

Removing weak cards from your deck is an important part of most deck-building games, but these two should be safe to keep.