I'm going to take a closer look at some of my favorite cards in the game. This week: the assassin! 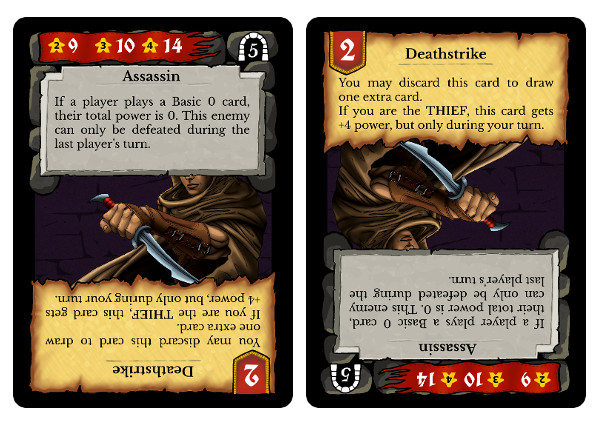 The assassin is a high level enemy, usually only encountered near the end of the game. He is very adept at exploiting his opponents' weaknesses. One wrong move (playing a Basic 0 card) and you'll be incapacitated.

The loot part of the card is called Deathstrike, and can be extremely powerful in the hands of the thief. Anyone can discard it to draw a new card for some nice versatility. The thief can use it to deal massive damage, but only if the damage is enough to defeat the enemy. Like an assassin, one well-placed strike should be enough to finish it.