Introducing the Bosses: The Stone Titan

The Stone Titan towers over the trees as it slowly marches towards the village. Its rocky skin is nigh impenetrable, but luckily, its brain seems to be the size of a pebble.

The four Boss cards for the Stone Titan are all the same and prevent any damage from basic cards, while also forcing the players to shuffle their basic cards back into their deck after every round. It's a tough fight, but it's easy to plan ahead to try and outsmart this boss. 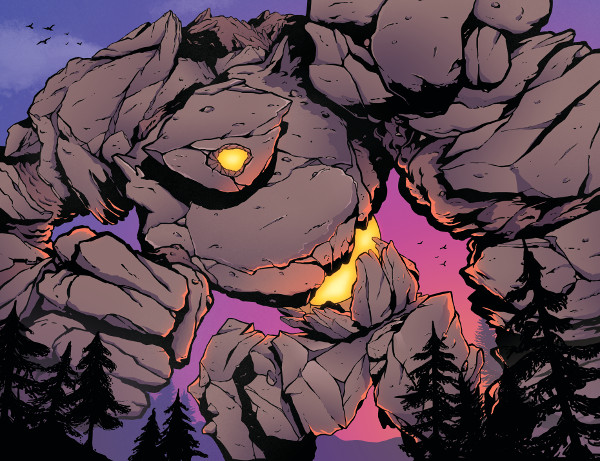 So what if we can predict it's every move? It's still an enormous rock monster!