Introducing the Bosses: The Spider Queen

The Spider Queen is not your average arachnid. The eight legged queen is cunning, gigantic and highly venomous. Her physical power might be less than other monsters, but uses her poisons to slowly sap the strength from her victims.
The four Boss cards for the Spider Queen all force the players to discard cards from their deck, and the discarded cards enhance her power in various ways. 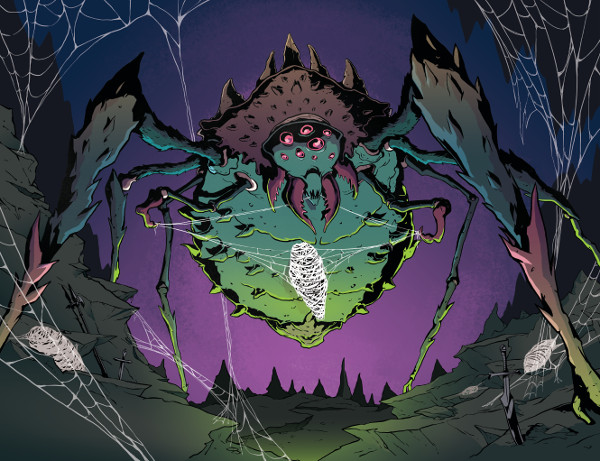 She'll try to weaken us with her poison, waiting until we lack the strength to grasp our weapons.