The old heroes have not been forgotten.
In the base game of Heroes of Tenefyr, there are 4 dungeon cards with hero-specific loot for each hero. With the expansion, that number is increased to 6 per hero. With all the other cards added into the mix, his should keep the frequency of getting those cool hero-specific cards relatively similar. 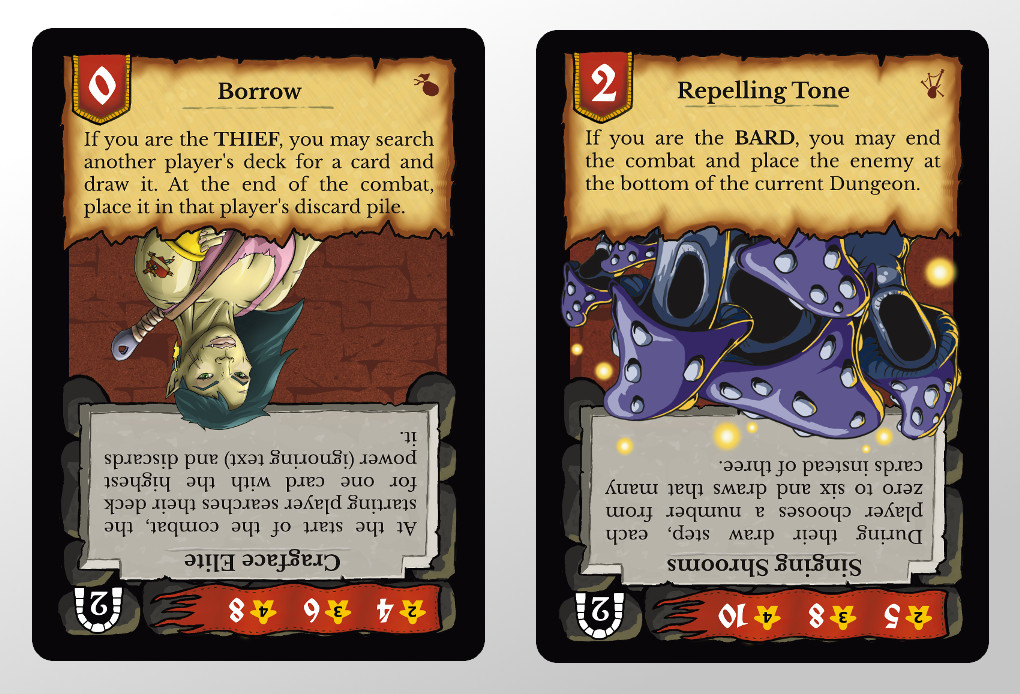 
Repelling Tone lets the Bard make such an awful noise that the enemy runs away to the bottom of the dungeon. If you find yourself faced with an enemy that's stronger than you expected, this is a great way to get out of that combat. Maybe the next enemy is easier to beat, or perhaps it's time to leave the dungeon. This card gives you that option.

Borrow lets you, well, borrow a card from another player's deck. At the end of the combat, it doesn't go to the Thief's discard pile, but to the discard pile of the player whose deck it came from. A great way to get the right card at the right moment, or if another player has a Thief-specific card in their deck.